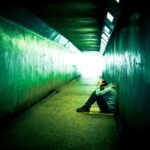 Although the coronavirus has overshadowed the drug crisis, fatalities due to opioids and stimulants continue to climb, with a new high of 81,000 deaths in the 12 months ending in May 2020. One remedy is drug treatment, but more addicted people need to take advantage of it and more funding is needed to fill gaps in the nation’s treatment system. In this environment, so-called anti-stigma campaigns have flourished. One target audience is people who feel too ashamed to get help.

The other is politicians who have the power to invest more in treatment, along with the public who, ideally, will pressure them to use it. The problem is that the two audiences would seem to require different messages. Getting this right is essential if we want to help addicts and their families.

Here’s the issue: Anti-stigma efforts tend to use medicalized language in their appeals, describing addiction as a “brain disease.”

This could be a problem, however, according to research done by one of us (John Kelly), because such rhetoric may stoke, rather than soften, negative feelings about people who are addicted to drugs.

The impetus to medicalize addiction messaging can be traced to the National Institute on Drug Abuse, NIDA. In the late 1990s, it declared addiction a “chronic and relapsing brain disease.”

That assertion was usually accompanied by a technicolor scan of a brain, a computer-generated map of neural activity that said, in effect, “This is your brain on drugs.” The tactic was well-intended and intuitively appealing: make addiction look like any other disease, and support will follow.

Indeed, over the years, “brain disease” language and imagery have been adopted by scores of advocacy groups. “The science is indisputable: addiction is a chronic disease that changes the brain,” says Shatterproof, an organization devoted to improving treatment quality.

You won’t find this approach—addiction as serious brain disease —in anti-drug TV ads. But it is a staple of PowerPoint presentations and advocacy messaging seen by politicians and health care stakeholders and the public. You can see some of it here in an educational video from the Addiction Policy Forum.

Similar “brain disease” messaging comes from the Partnership to End Addiction, (related to the former Partnership for A Drug Free America, which gave us the actual this-is-your-brain-on-drugs ad). Presidents Obama’s and Trump’s Surgeon Generals have called addiction a “chronic brain disease” and NIDA reliably incorporates the message into congressional testimonies.

In view of the need for more treatment funding, Kelly wanted to know what kind of language worked best to prime the general public to help addicted people. Was featuring the brain always the best approach? Probably not.

His study, published in Addiction, involved more than 3,500 adults from a nationally representative sample of volunteers who enrolled in an online ‘KnowledgePanel.’ All of the participants read a vignette about “Alex,” who was in a treatment program for opioid use.

The study’s aim was to test exposure to a variety of commonly used medical and nonmedical descriptions.

In general, Alex was seen as least blame-worthy when the opioid addiction was described using the biomedically loaded term (“chronically relapsing brain disease”)—this is indeed the objective that advocates of medical terminology hope to achieve—and most blame-worthy when described as having an “opioid problem.”

Between those two poles, study participants attributed less and less blame to Alex as they encountered the other terms (“brain disease” to “disease” to “illness” to “disorder”).

The problem is that the use of medical terminology led to a lower perceived likelihood that Alex could recover, greater opposition to social inclusion, and a greater perception that Alex was dangerous. In effect, a brain-on-drugs message promoted empathy for Alex, but it didn’t help the Alex’s prospects for higher education or employment.

The findings of the “Alex” experiment aren’t outliers. They’re consistent with findings of studies of mental illness. Although medical, biological, genetic, or neurobiological understandings of mental disorders, such as schizophrenia, reduce the blame attached to sufferers, they increase aversion, perceptions of dangerousness, and pessimism about their chances of recovery.

This phenomenon, which psychologists Nick Haslam and Erlend Kvaale of the University of Melbourne have called the “mixed-blessings” model of stigma, accords with the theory of ascription, or, how we attach causes to conditions and events.

Under this theory, explanations of errant behavior that implicate the brain—the physical, embodied seat of personal agency—suggest that affected people cannot control their actions. In contrast, psychological explanations that invoke conscious decision-making may engender more blame by making a person seem more responsible for what they do, but also induce hope that they can change their mind and their behavior.

Kelly’s work shows that “stigma” is not a unitary phenomenon. Rather, it encompasses several dimensions. Thus, the term “chronically relapsing brain disease” may reduce one aspect of stigma while increasing others.

This means the campaigns aimed at politicians and the public should rethink and likely tailor their message to match the audience.

Thus, for example, to temper feelings of blame, treatment providers might use the term “chronically relapsing brain disease” to ensure that shame does not keep drug-using individuals and their families from seeking help. This is the approach taken by the famed Hazelden/Betty Ford.

Alternatively, presenting addiction as a “problem” might enhance policy makers’ optimism about prospects for recovery and encourage more funding for treatment programs. Employers, housing or school administrators, too, might view someone being treated for a “problem” as less dangerous than someone with a “brain disease.”

It might seem sly to treat different audiences differently, but this happens all the time in the private sector. You might tout an automobile’s performance to one audience and its safety to another. This kind of nuance would help when it comes to addiction.

Now is a good time to do some rethinking. Soon there will be new directors of key federal agencies with major public outreach responsibilities — the Substance Abuse and Mental Health Services Administration the Office of National Drug Control Policy (aka the office of the Drug Czar). We urge them and the Biden Administration to heed this insight on shaping public opinion about addiction and its treatment.

The authors have no relevant financial relationships.